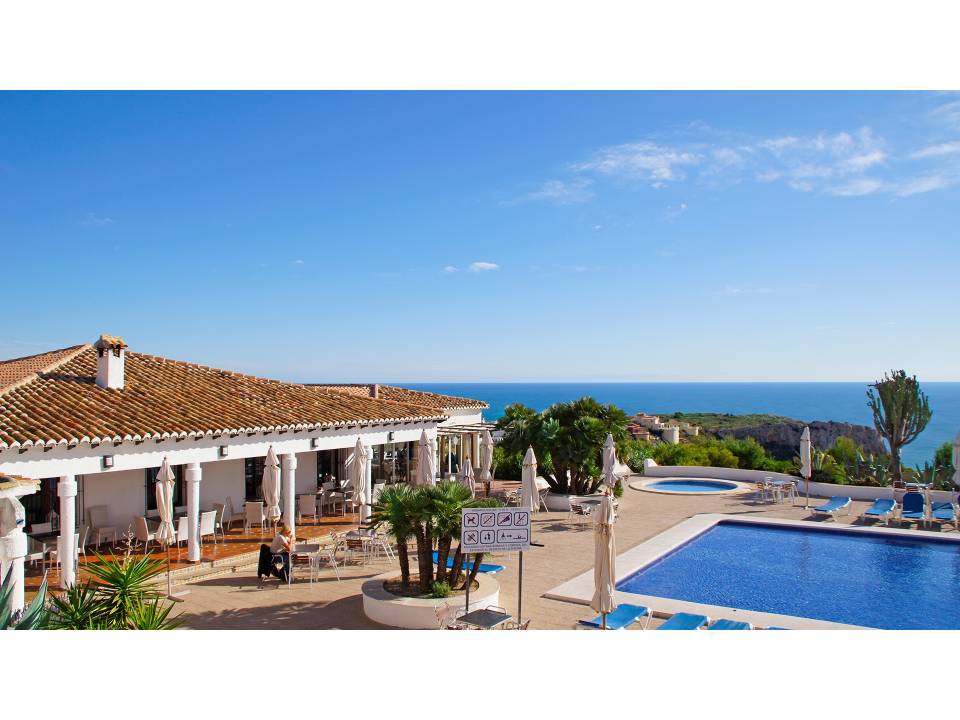 Benitachell is a municipality in the northeast of the province of Alicante (autonomous region of Valencia). In Valencian it is also called El Poble Nou de Benitatxell, which literally means "the new village of Benitachell". The municipality is part of the comarca Marina Alta. Benitachell has about 4500 inhabitants, many of whom are foreigners, and extends over an area of ​​12.56 square kilometers. The international airports of Alicante and Valencia are easily accessible by car from Benitachell.

Cumbre del Sol is a modern urbanization within the municipality of Benitachell. Because the neighborhood is situated on a higher level, you can enjoy phenomenal views of the Mediterranean Sea. In Cumbre del Sol you will experience the tranquility you have been looking for for so long, in an unparalleled natural setting. You will find all the necessary amenities for a pleasant holiday or a longer stay in Spain, such as a shopping center.

What to do in Benitachell - Cumbre del Sol?

As in so many places on the Costa Blanca, different cultures have left their mark on Benitachell. Studies have shown that the local history goes all the way back to the Old Stone Age. Evidence has also been found from the Copper Age and the Bronze Age, as well as from the Iberian and Roman periods. Remains from the Iberian period have been found in the Cova de les Bruixes (Witches' Cave), and in the Pous de l'Abiar things have been found that indicate the wine production of the Romans.

The influence of the Muslims is still clearly noticeable in the region. The name of Benitachell itself and several villages in the area are a legacy of the Islamic period. Muslim culture has thus clearly left its mark and played an important role in the history of Benitachell. Several remains from this period have been found, which indicate, among other things, the existence of Alquerías in Abiar and a Spanish-Islamic necropolis in Alcásar.

In 1244 James I, together with his Christian troops, took Dénia and its territory. El Poble Nou de Benitatxell would from now on be under Christian rule. The Moors were expelled in 1609 and the area was later repopulated with Christians from Mallorca, among others. The new inhabitants settled around the Santa María Magdalena Church, which was built in 1710. In 1698 Benitachell became its own municipality, after being dependent on Xàbia (county of Dénia). 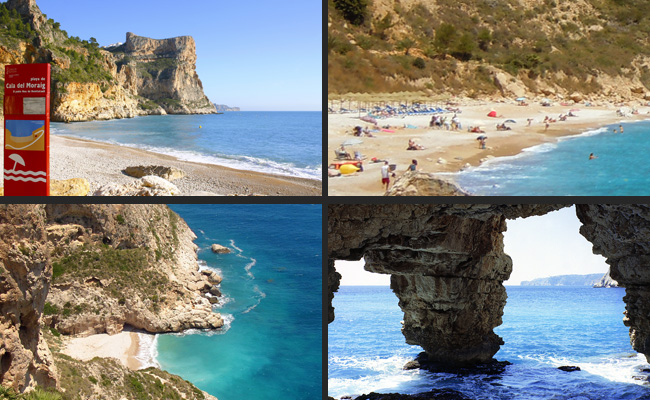 Today Benitachell is a pleasant place to buy a property under the sun. The municipality can boast of an incredibly beautiful rocky coast of two kilometers long with dream beaches. Close to Cumbre del Sol, in a beautiful setting of cliffs and Mediterranean vegetation, you will find the cove Cala del Moraig. Take a dip in the crystal clear sea water or enjoy the beautiful natural surroundings from your beach towel. It is also a fantastic place to dive or snorkel and get to know the underwater world of the Costa Blanca. There are several amenities on the beach, such as a beach bar, and parking is available nearby. At Cala del Moraig you will also find the Cova del Arcs. This is an impressive cave with special arches created by the waves of the sea.

Cala dels Testos, another beach of Benitachell, can only be reached by boat or via a footpath. Once you get there, you will be immediately impressed by the high cliffs and clear water. We can't imagine a more beautiful place to lay down our beach towel and relax. Last but not least, there is also the dreamy cove of Cala Llebeig, between Teulada-Moraira and Benitachell. Here too you can only come by sea or a footpath. On this beach you can still admire a few fishermen's houses that have been carved into the rock walls.

After some relaxation on the local beaches, you can head to the center of Benitachell. There you will find, at the highest point of the municipality, the eighteenth-century church Iglesia de Santa María Magdalena. Admire the architecture of this religious temple, which has a Baroque interior with neoclassical touches. Tosca stone was used for the sober facade. The arch of the bell tower is a neo-Gothic element.

Do you like to go out actively? Then you are in luck, because in Benitachell there are several interesting walking routes. For example, along the coast you can follow the Ruta dels Penya-Segats. This adventurous tour takes you from Cala Moraig to Cala Llebeig and surprises you with priceless views. Would you rather explore the area on two wheels? Then test yourself on the Puig Llorença, a climb that featured in the 2015 Vuelta de España (the Tour Of Spain). The summit will reward you for your efforts with magnificent views.

In the vicinity of Benitachell there are many other beautiful places where it is pleasant to stay. We are thinking of the seaside resorts of Jávea, Dénia, Moraira and Calpe. And Benidorm is also easily accessible from Benitachell. There you will find great beaches, a vibrant nightlife and a wide range of recreational activities for young and old.

During your stay in Benitachell you will not go hungry thanks to the wide range of restaurants. Enjoy the cuisine from Valencia or opt for international flavours. At La Cumbre  you have come to the right place to taste the Mediterranean gastronomy. You can choose from different types of paella, the specialty of the house.

Fan of Asian cuisine? Then Beniasia is for you. The menu includes various Asian soups and dishes with duck or chicken. You can start with delicious homemade dim sum. If you're all in the mood for pizza, head to Antiquary. And also for just a drink there are more than enough options in and around Benitachell.

A nice culinary experience is a visit to BioMoscatell, where you can pick muscatel grapes yourself. Afterwards you will sit down for a delicious meal with local products and of course a glass of local wine.

Golf enthusiasts can do their thing to their heart's content in the Benitachell area. To play a round, you can go to Club de Golf Jávea ,La Sella Golf   and Club de Golf Ifach . Excellent facilities, glorious sunshine and stunning views; what else do you need to be able to practice your favorite sport?

One of Benitachell's greatest assets is without a doubt its wonderful climate. The winters are mild and the summers are not extremely hot. You can enjoy an average annual temperature of about 18 degrees and about 320 days of sunshine a year. In short: the ideal conditions to spend a large part of the year outside, on your terrace or at your private swimming pool.

Thinking about purchasing a property around Benitachell-Cumbre del Sol? Search directly in our properties through the below link:

All homes for sale around Benitachell