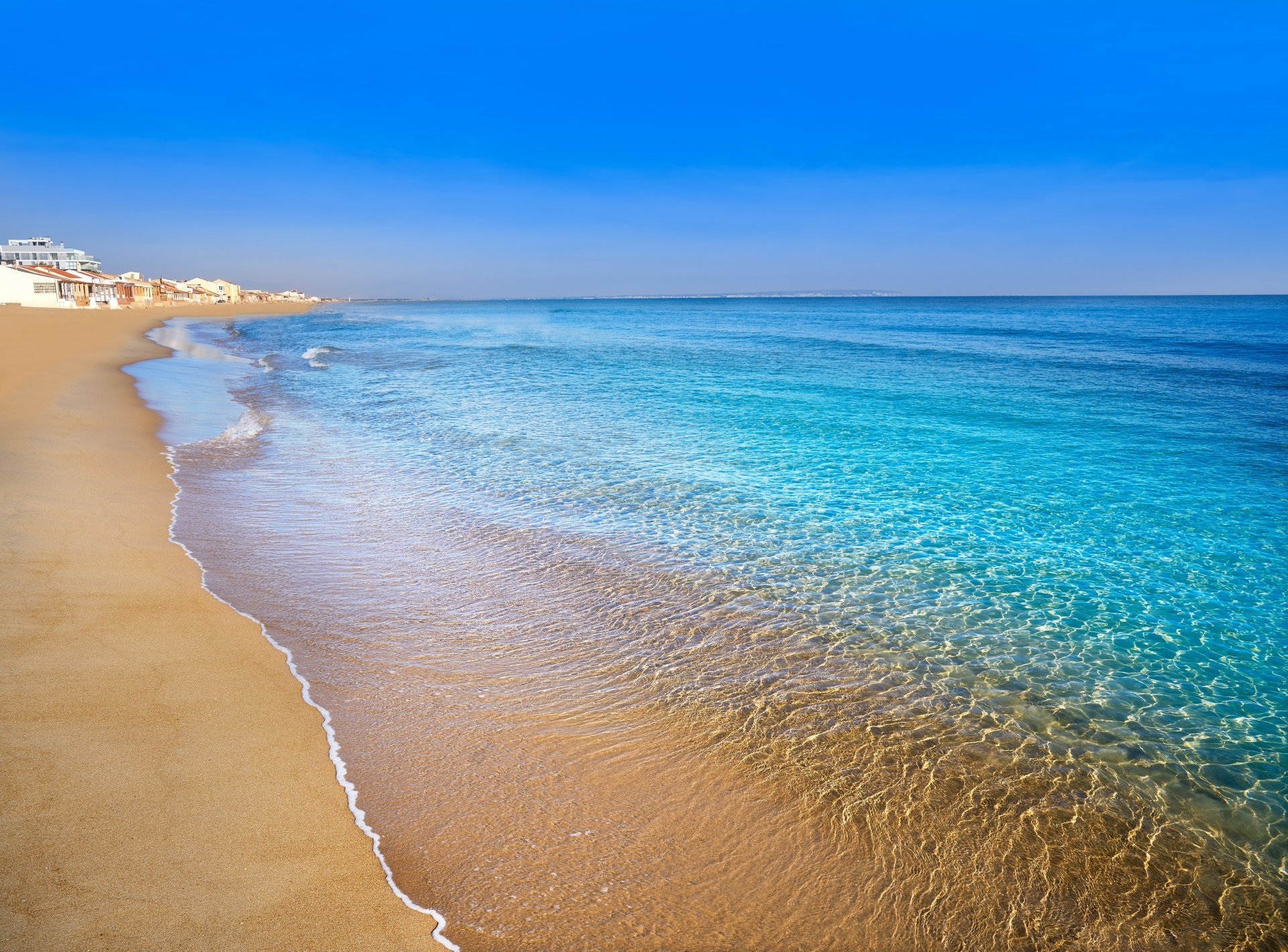 Guardamar del Segura is a quiet town in the province of Alicante, in the Spanish autonomous region of Valencia. This seaside resort on the Costa Blanca has almost 16,000 inhabitants and extends over an area of ​​35.58 square kilometers. It is located 25 meters above sea level. In the area you will find Torrevieja, Santa Pola, Elche and Alicante. From Alicante airport, which is well connected to the UK, you will be at the door of your comfortable home in Guardamar del Segura in no time.

Guardamar, as it is often called, is especially notable for its breathtaking coastline of eleven kilometers. You will undoubtedly find a lovely spot on the beach to unwind and enjoy quality time with your family or partner. The municipality also has a lot of greenery, and a large part of the area along the sea is protected. North of the city center, the River Segura flows into the Mediterranean Sea. During your stay in your home in Guardamar del Segura you will really discover what it means to enjoy yourself on the Costa Blanca.

What to do in Guardamar del Segura?

Due to the good location of Guardamar del Segura, different cultures have been present throughout it's history. Remains have been found that indicate the presence of, among others, the Phoenicians, Iberians and Romans. Remarkable was the discovery of the Dama de Guardamar, a bust of 50 cm, at the archaeological site Cabeza Lucero from the time of the Iberians. You can admire this statue and more at the Guardamar Archaeological Museum.

In 1244, Alfonso X recaptured the area in the name of the Crown of Castile. The Muslims were allowed to continue to live there, but would later be expelled after an uprising. Not much later, Alfons X founded the Christian city of Guardamar. In 1296 James II of Aragon occupied the south of the province of Alicante. Less than ten years later, Guardamar passed into the hands of the Crown of Aragón.

In 1331, the troops of Reduán, the general of the Moorish king of Granada, attacked. Then as many as 1200 people were taken prisoner. Later, in the context of the War of the Two Peters, Guardamar would lose the title of Villa Real and become a hamlet under the wing of Orihuela.

Guardamar struggled to maintain a stable population in the fourteenth century. The local population devoted themselves mainly to fishing and salt production. When Martín el Humano granted city rights to Guardamar in 1400 and more agricultural land became available, the population was able to experience significant growth. In the 16th century, the city walls were reinforced to protect Guardamar from Barbary attacks. At the end of the seventeenth century, Guardamar was again given the title Villa Real. In the War of the Spanish Succession, the town sided with Philip V of Spain. It was therefore attacked by the Austracistas.

Guardamar was hit by a massive earthquake in 1829. The walled city was destroyed and many people were forced to move. A new city was built according to a neoclassical city plan. With the danger of earthquakes in mind, new houses were built that were low and had large courtyards.

At the end of the nineteenth century, Guardamar was confronted with another problem: advancing dunes. Forest engineer Francisco Mira y Botella was put in charge to stop this new enemy. A total of more than 600,000 trees were planted, which means that today you will find a good portion of untouched nature on the coast of Guardamar. Las Dunas y Pinada de Guardamar del Segura - as this area is called - is a wonderful place to walk and is without a doubt one of the most beautiful natural areas on the Costa Blanca. Besides a pleasant walk you can also enjoy various water sports in Guardamar. Get out and about and go sailing, windsurfing or stand-up paddleboarding.

After exercise it is time for some welcome relaxation. And you will find it on the fantastic beaches of Guardamar. Grab a good book, feel the soft sand at your feet and see how all your worries fade away. The average water temperature in Guardamar is a pleasant 26 degrees in August, while it is around 18 degrees in winter.

Be sure to visit the castle during your stay in Guardamar. You travel back in the local past and get a magnificent view. In the center you will find a gem with the church of Sant Jaume. A nice stop is also the Casa-Museo Ingeniero Mira, dedicated to the forest engineer of the same name. In Guardamar you will also find the beautiful Reina Sofía park and a charming harbor. 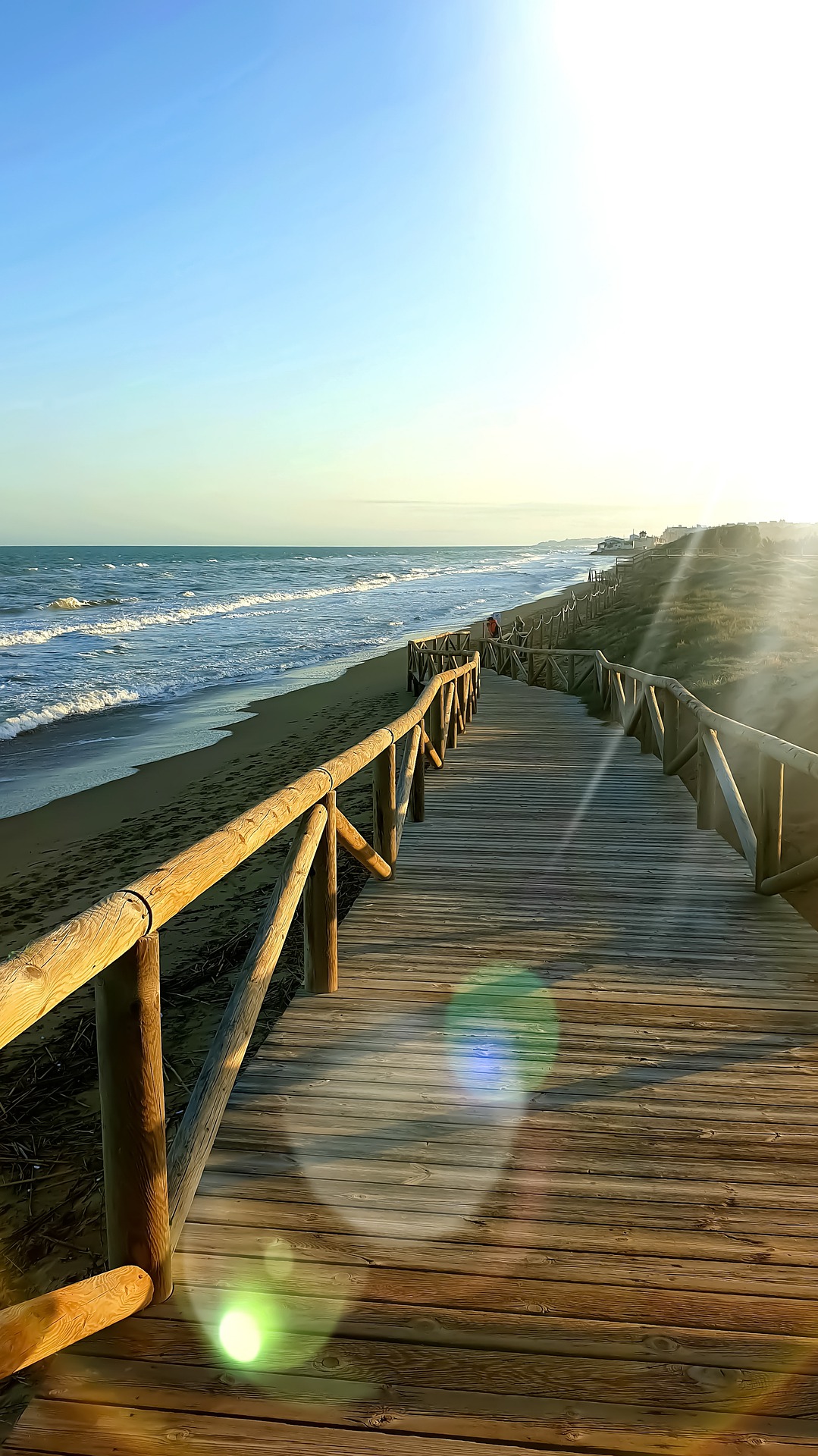 On a culinary level, you will find plenty to do around your home in Guardamar del Segura. The local gastronomy is strongly based on fresh fish and other delicacies from the Mediterranean. Take a seat at a local restaurant, or buy all the ingredients you need for your own cooking at the Guardamar fish market.

If you do not want to cook for yourself, you can book a table in the restaurant Le Bleu. There you will discover the delicious traditional flavors of the Mediterranean in a stylish setting. The menu includes different types of paella.

Another excellent option to enjoy the local cuisine is Taberna Fardatxo. This restaurant, with chef Marco Yera in the kitchen, focuses on fresh, home-grown products and traditional dishes with a contemporary touch. There is no menu, because they work every day with the products that fishermen and farmers deliver that same day.

Other recommendations when you are in Guardamar: Chema, La Maka and Ñam Gastrobar There are also plenty of options for just a drink, including on the beach promenade. You get the view of the sea for free.

Golf fanatics have come to the right place on the Costa Blanca and in Guardamar del Segura. A relatively short distance away you will find fantastic golf facilities in an attractive setting. The grass-green courses of La Marquesa Golf are nearby. A little further you will find two excellent alternatives with La Finca Golf and Vistabella Golf. However, don't let our suggestions stop you from exploring on your own, as there are beautiful golf courses scattered all along the Costa Blanca.

Guardamar del Segura has another unmistakable asset: the climate. The town experiences blissful weather conditions almost all year round, with pleasantly warm summers and mild winters. With an average annual temperature of 18 degrees and around 320 days of sunshine a year, it is wonderful to stay there during all seasons. Moreover, it rains little. What more could you want for your stay on the Costa Blanca?

Thinking about purchasing a property around Guardamar del Segura? Search directly in our properties through the below link:

All homes for sale around Guardamar del Segura