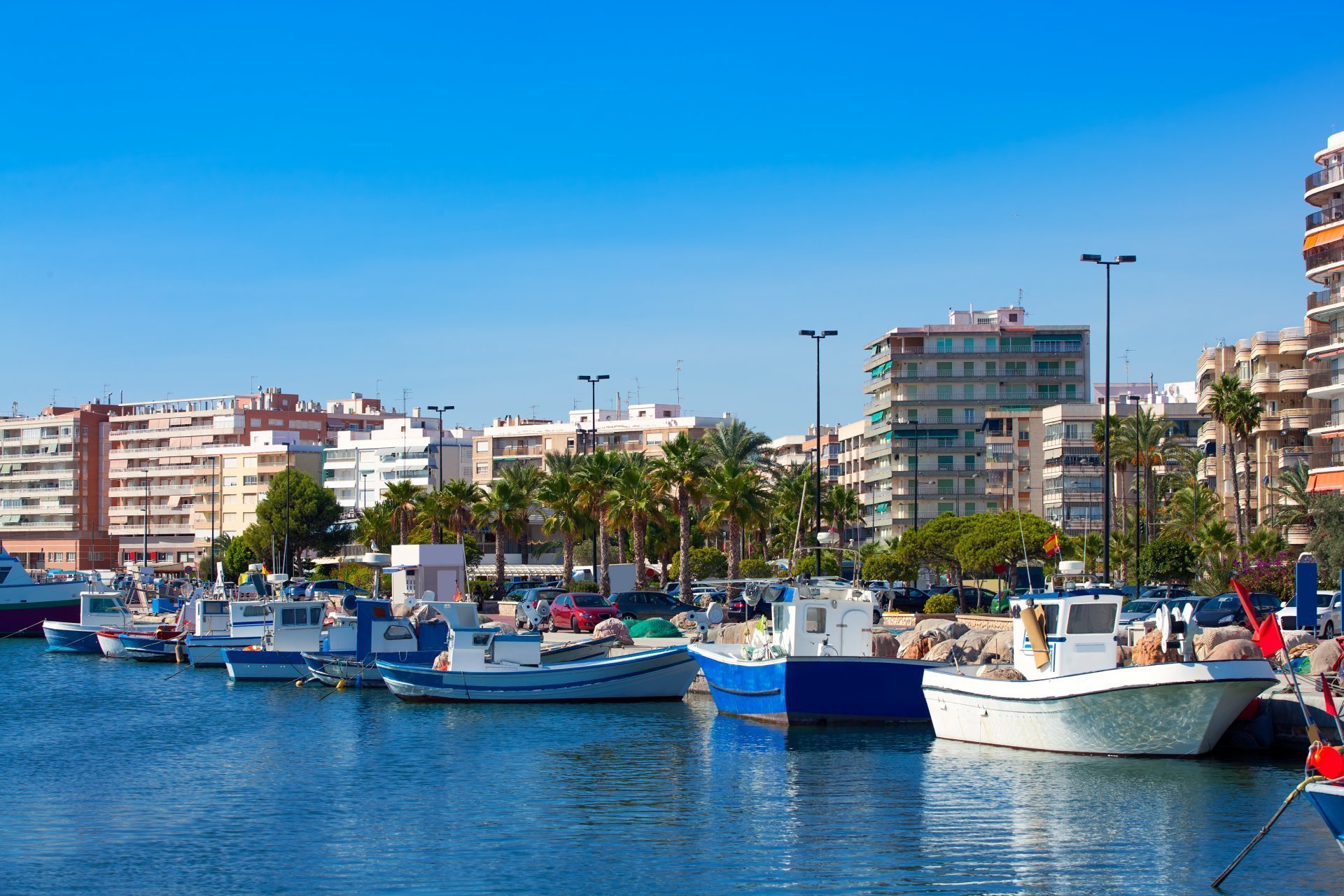 Santa Pola is a town in the east of Spain, on the sun-drenched Costa Blanca. It is part of the province of Alicante and the autonomous community of Valencia, and lies between the cities of Alicante and Torrevieja. From Alicante city airport you can easily travel to your comfortable home in Santa Pola. The seaside resort has more than 30,000 inhabitants and an area of ​​58.6 square kilometers.

Thanks to the wide range of leisure activities for young and old, you will not get bored in Santa Pola easily. Relax on the inviting beaches, explore the salt flats or travel through the local past with a visit to the castle. As icing on the cake, you will find many other great seaside resorts in the area, such as Alicante, Torrevieja, Guardamar del Segura and El Campello.

What to do in Santa Pola?

Several relics show that the area around Santa Pola as early as the third millennium BC. was inhabited. In the fourth century BC. an Iberian settlement emerged at the mouth of the Vinalopó River. From here there was mainly trade with Greece. In the first century AD. The harbor of Portus Illicitanus was built nearby, which served as the harbor of the then city of Illici. Together with the port of Cartagena, it played an important role in the maritime trade in the region. Some remains of Roman times can also be admired in Santa Pola. Just think of the Villa Romana del Palmeral.

After the fall of the Roman Empire, the port of Santa Pola would first lose some of its importance, but after that it would rise again. In 1337 a tower was built to defend the harbor. In the following period, there were also warehouses in Santa Pola, and later sources mention shops and work on a church, among other things. Local trade flourished, but the danger of Barbary pirates loomed. That is why in 1557 the construction of a castle fortress was started to protect the sea and merchants. At the beginning of the next century, the Moriscas left Elche for North Africa.

In the eighteenth century there is said to have been a church within the castle, and families of soldiers lived there. In the same century, the population of Santa Pola increased due to various factors. During the Spanish War of Independence, Santa Pola wanted to become independent from Elche, something that became official in 1835. In the nineteenth century the municipality grew because of fishing and exports. And Santa Pola was also a popular summer destination at that time among the inhabitants of Elche, who liked to visit the beaches. 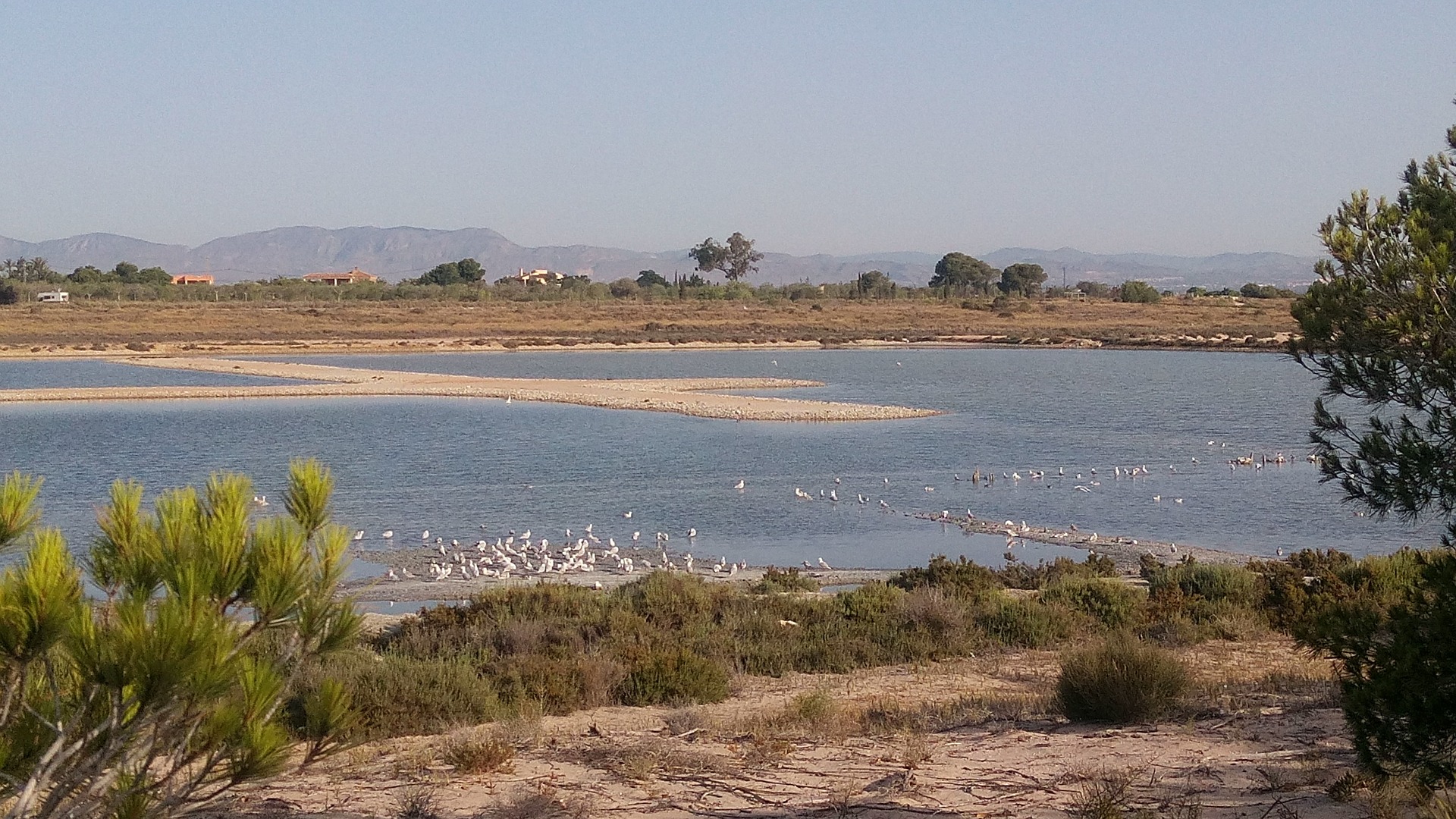 Today, it is not only the inhabitants of Elche who make their way to Santa Pola, but also tourists from all over Europe. They are attracted by the thirteen kilometers long coastline with long sandy beaches and smaller bays. Lay down your beach towel at Playa Lisa, Playa Levante or Playa Varadero, and enjoy a wonderful day at the beach with your partner or family. The local coastline is also a paradise for water sports enthusiasts. The conditions in Santa Pola are often perfect for a day of kite or windsurfing. Local companies will teach you the tricks of the trade and provide you with the necessary equipment.

Do you like nature? Then you should definitely visit the salt flats of Santa Pola. These have been declared a natural park of 2470 hectares, and also a protection zone for birds. You can follow various hiking trails and admire elegant flamingos in the meantime. Don't miss the Salt Museum (Museo de la Sal). There you will get a unique insight into the history of salt mining in Santa Pola, a commercial activity that is still carried out.

If you dive into the city, you should not miss the castle-fortress of Santa Pola. You can find this military monument at Plaza de la Glorieta. Nowadays all kinds of events are organized. Step inside and soak up the historic atmosphere on the large patio. The castle-fortress includes the Museum of the Sea (Museo del Mar).

For families with children, there are plenty of options for fun trips in Santa Pola and the surrounding area. The Municipal Aquarium of Santa Pola (Acuario Municipal de Santa Pola) is located near the harbor. Nine large aquariums give you and your children a special look at the flora and fauna of the Mediterranean. For fun, plan a day at Pola Park, an amusement park of no less than 24,000 square meters with more than 25 attractions.

You can also put an excursion to Isla Tabarca on your agenda. In the port of Santa Pola you will find several companies that take you to this small island off the coast. This place has a fascinating history, but is now an irresistible paradise for snorkeling, swimming or bird watching.

Last but not least, it is best to put the Santa Pola lighthouse on your schedule. You will find a spectacular vantage point where you can admire Isla Tabarca and keep gazing out at the endless Mediterranean Sea. It is also a magical place to enjoy a sunrise or sunset.

Restaurants and bars in Santa Pola

In between all that relaxing on the beaches of Santa Pola you can indulge yourself in the local restaurants. The local chefs serve you tasty Valencian cuisine. Enjoy delicious fish and rice dishes, red shrimp and more. The fish from the local waters is so tasty and fresh that it has even received its own protected designation of origin: Peix de Santa Pola.

Nueva Casa del Mar is without a doubt one of the best places in Santa Pola to enjoy the local cuisine. You can enjoy traditional rice dishes from the region. You will find Nueva Casa del Mar in Avenida Fernando Perez Ojeda, 27. La Taberna de Lucía, Restaurante Batiste and Ximo Baile also tempt you with various homegrown dishes.

At Mesón Cervantes you can choose from many options, whether you want to eat a rice dish, meat dishes or some tapas. Be sure to taste the croquetas before leaving the table. Pizzas, pasta, fish and meat can all be found at Restaurante Lugano Santa Pola.

In Santa Pola you can also enjoy tasty Argentinian steaks and flavors from the Lebanese and Indian cuisine. Do you just want to stick to a drink? Then you just sip una cerveza or a sangria on a cozy terrace with sea view.

When you stay at your property in Santa Pola, you will be able to play golf to your heart's content. On the Costa Blanca there are countless high quality golf courses with excellent facilities. North of Santa Pola you can choose Alenda Golf, El Plantío Golf Resort, , Font del Llop Golf Resort  or Alicante Golf.

If you are looking a little further south, La Marquesa Golf and Vistabella Golf are excellent options. Enjoy a pleasant stay on the Costa Blanca and practice your favorite sport.

Santa Pola is an excellent destination in both summer and winter. The average annual temperature fluctuates around a lovely 18 degrees, so you will be able to spend a lot of time outside. Summers are warm but not too hot, and winters are pleasantly mild. There is also little rainfall annually, and the sun shines about 320 days a year. As you can see, with a property in Santa Pola you have all the assets for a sun-drenched stay on the Costa Blanca.

Buying a property in Santa Pola

Thinking about purchasing a property around Santa Pola? Search directly in our properties through the below link:

All homes for sale around Santa Pola