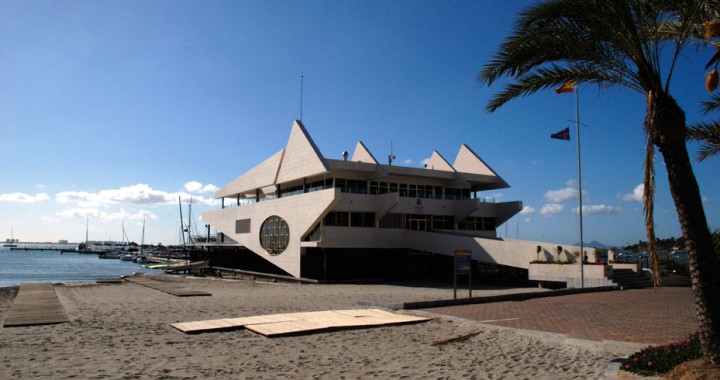 Santiago de la Ribera is a coastal town within the municipality of San Javier, in the Spanish autonomous community of Murcia. This destination is located on the Mar Menor and boasts a beautiful coastline of four kilometers long. About 8500 people live there (2020), but you can add tourists from Spain and all over Europe to that during the high season. From Murcia International Airport it is only a half hour drive to your home in Santiago de la Ribera. It takes about an hour from Alicante airport.

Santiago de la Ribera has a modern character, but at the same time is an excellent place to get a taste of real Spanish life. The beaches are the main attraction with their fine, soft sand on the crystal clear waters of the Mar Menor. You can take a boat trip on this lagoon or enjoy the sea view during a walk on the beach promenade. Santiago de la Ribera and San Javier offer you everything you need for a successful stay in the Murcia region.

What to do in Santiago de la Ribera?

The couple often traveled to the estate and made grand plans. It was there that they came up with the idea to urbanize part of the estate in the form of a grid in a modern way. They also wanted to build a hotel. Thus, in 1888, the hamlet of Santiago de la Ribera was created around the Ermita de Santiago Apóstol on the Mar Menor. The name comes from its location on the Mar Menor and the fact that Don José María Barnuevo was part of the Order of Santiago.

The place quickly became popular among wealthy Murcian families, who built their holiday homes there. At the beginning of the twentieth century, the Sandoval-Barnuevo family built their hotel. Santiago de la Ribera would become highly urbanized.

Today, Santiago de la Ribera receives many tourists from all over Spain and Europe every year. The four kilometers long coastline invites you to enjoy a good dose of sun, sea and sand. Playa El Castillico, Playa de Barnuevo and Playa de Colón are excellent places to lay down your beach towel and take a dip in the clear Mar Menor. Afterwards you can take a walk on the beach promenade, where palm trees bring you into exotic atmospheres.

From your home in Santiago de la Ribera you can easily take a boat trip on the Mar Menor. You can then set foot on La Manga del Mar Menor. That is a narrow strip of land between the lagoon and the Mediterranean Sea with many more attractive beaches for relaxing. Prefer to be active? Then you can immerse yourself in the wide range of water sports in the vicinity of Santiago de la Ribera and the Mar Menor. For example, go on an adventure in a kayak or take your first steps in windsurfing.

The environment of Santiago de la Ribera also has a lot to offer for nature lovers. Nearby is the Salinas y Arenales de San Pedro del Pinatar Regional Park, where you can spot flamingos during certain periods. Nearby, in Lo Pagán, you will also find mud baths with very healthy properties. Another excellent option for nature lovers is the Calblanque Regional Park, south of the Mar Menor. The area surrounding Playa de la Hita has been declared a Special Protection Area for Birds.

You can also admire some architectural highlights from your home in Santiago de la Ribera. We are thinking, for example, of the Casa del Conde Campillo or Casa Barnuevo, which have been declared cultural heritage. In San Javier you will find the Museum of San Javier, where you can learn about the local history.

By the way, did you know that Santiago de la Ribera houses the Academia General del Aire? That is a military academy that provides the future officers of the Spanish Air Force. The San Javier International Jazz Festival is an event not to be missed during your stay.

When staying in Santiago de la Ribera, you can choose from a wide range of restaurants and bars. Enjoy the regional cuisine or let yourself be charmed by flavors from world cuisine. At El Embarcadero  you can taste things like paella and tapas. Take a seat on the large cozy terrace at the back or enjoy a view of the Mar Menor at the front.

For paella you are also at the right place at El Torero. You can taste authentic Mediterranean cuisine in a pleasant setting by the sea. Just about on the beach you will find Kinita Restaurant . This address offers you dishes with products of the highest quality. The menu is varied and extensive, and includes rice, meat and fish dishes. Add a colorful cocktail and you'll get into the holiday mood. Fans of Italian cuisine can opt for Pizzería La Plaza  or Noûs Restaurante.

There are also many options in Santiago de la Ribera and the surrounding area for just a drink. Especially on the waterfront it is pleasant to sit with a drink and possibly a snack. Order una cerveza, a sangria or a cocktail, and let the beauty of the Mar Menor seduce you.

If you like golf, you will find everything you dream of in the area of ​​Santiago de la Ribera. To enjoy yourself to the fullest, head to several golf clubs with top-notch facilities. You can put Roda Golf  at the top of your list. This golf course near the Mar Menor offers you eighteen holes. North of Santiago de la Ribera, in Pilar de la Horadada, you will find one of the most challenging golf courses in this corner of Spain with Lo Romero Golf   (18 holes). Another excellent option on the Mar Menor is  La Serena Golf. After a round of golf you can relax in the bar or have a bite to eat in the restaurant. You can also opt for UGOLF Mar Menor, or one of the many other clubs in the Murcia region.

The climate of Santiago de la Ribera is without a doubt one of the greatest assets of this destination. The winters are pleasantly mild, and the summers not too hot thanks to a pleasant easterly wind. With an average annual temperature of about 18 degrees and 320 days of sunshine a year, you will suffer anything but cold in this corner of Spain. What's more, you'll be able to spend much of the year living outdoors or relaxing on the local beaches. Extra pleasant is that it also rains little. It is therefore pleasant to stay in Santiago de la Ribera all year round.

Thinking about purchasing a property around Santiago de la Ribera? Search directly in our properties through the below link:

All homes for sale around Santiago de la Ribera

Fill your preferences within only a few minutes.

Within a few days you will receive a first selection of properties.